I'm not sure there is anyone among us who doesn't fantasize about going back to their past self with their current knowledge.  "If I only knew then what I know now."  The older we get, the more we realize how little we knew.  Although I've been a runner for a very long time, I spent most of those years clueless about what I was doing.

I began competing at age 11, with some success in junior high and high school in spite of never training properly.  I ran low mileage (20 miles per week or so), ran a lot of speed work year-round, and raced almost every weekend in events from 800 m to the 5K.  I was coached by some people who were really amazing, but who knew little about training distance runners, and back in my high school years of 1995-1999, there wasn't much easily accessible information out there about training - not to mention that exercise science has come a long way since then!

I managed to win a handful of Kansas high school state championships and an AAU national championship in the 3000 m, and was recruited to run cross country and track in college.  Fortunately I chose my college based on academic scholarships, because I ended up being injured in college much more than I actually ran.  I had several stress fractures and ended up quitting the team since I kept getting injured.  For many, many years I thought that my body couldn't handle more than 30 mpw, since trying to run 40-50 mpw had resulted in so many injuries, but now I know the problem was that I wasn't transitioned up to that mileage properly.  I needed to go from 20 miles to 30, then gradually to 40, then to 50, and so on (over years), instead of from 20 to 50.

I never stopped running after I quit running collegiately, but for a couple of years I was very cautious, typically only running 5-8 miles every other day with no racing and few workouts.  I wanted to run for the rest of my life because I enjoyed it, but resigned myself to the fate of never being able to put in many miles.  One of my friends talked me into training for a marathon with her when I was in my first year of graduate school, and I acquiesced but was extremely wary about getting injured doing it.  I did a minimal training plan (I think it was Runners World's beginners marathon plan), but I successfully ran 4 days a week and worked my long run up to 20 miles, while staying healthy, which was a pleasant surprise.  After that marathon, I knew I could run another one faster, a thought pattern that has continued after every marathon I've run since.

Although I've run many marathons (31), I didn't train properly for one until I began working with a coach at age 34.  Even for that one (Dallas 2015), my mileage was very conservative considering my goal; I peaked at 50 mpw trying to break 3:00 (I didn't make it, coming in at 3:01).  Since then I have gradually increased my mileage in a planned and measured way and had actual training cycles, and my PRs have gradually improved along the way.

All of this to say, I wish I'd have proper training from the beginning of my running career.  I wish I'd had a gradual mileage progression instead of minimal running (relative to maximizing performance) in my 20s.  I wish I had years of mileage behind me.  I wish I'd have periodization in my training.  I think I could have run much faster and prevented many injuries with simply appropriate basic training.  There is no way to know for certain, and maybe I'd have gotten burned out and quit running instead; perhaps how it turned out saved my love for the sport and increased my running longevity, in which case it is of course all worth it.

I also wish I'd have taken better care of myself overall in my 20's, namely eating better, sleeping more, not drinking alcohol, and taking care of body when injuries did occur.  I always got mad at my body for breaking instead of thinking about how I could best help it repair.

I know it's not productive to look back and wish I could change things, but I write this in hopes that someone who is like the younger me will benefit.  Recently I've been particularly reflective on this because I've started to worry that time is running out for me to make improvements and gains, due to the aging process (I turned 38 a couple of weeks ago - although I am excited to move to the masters category in 2 years).  Running really should be looked at in terms of long-term development in order to maximize potential for anyone, and I had no idea that this was the case until relatively recently.  It's great that we have so many resources online, and even information in podcasts and the mainstream media now.  If you're making your own training schedule, educate yourself well.  Be patient, increase conservatively, use periodization, train smarter not harder, and think long-term, and improvements will come! 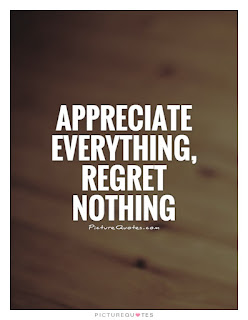 Posted by Sara Ibbetson at 12:45 PM No comments:

At least I hit double digits!  I am trying not to think about the fact that my pre-injury average daily mileage was higher than this monthly total...  However, my total workout duration came in at 71 hours and 23 minutes, which blew my mind...that's almost 2 work weeks!  I also did some walking just to get outside, but didn’t count that as exercise. 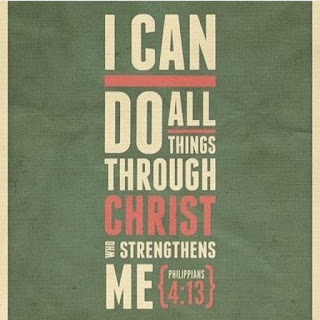 
Posted by Sara Ibbetson at 3:22 PM No comments: