I took a jumping photo after my run on January 1, then #jumpingjanuary was born!  I didn't take jumping photos after my doubles, because twice a day Instagram posts seemed excessive - although let's be honest, once a day jumping photos became excessive too (I missed a few days, though).  My training partners and I enjoyed it though, and I sure learned a lot about jumping photography this month. 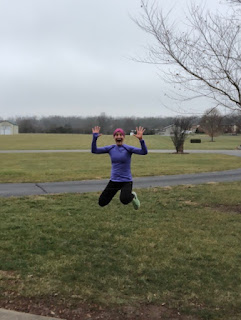 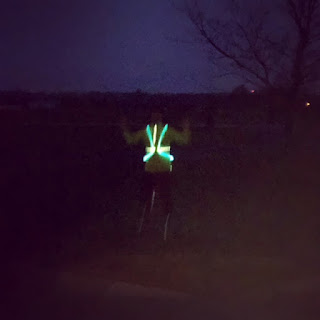 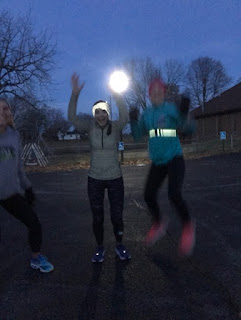 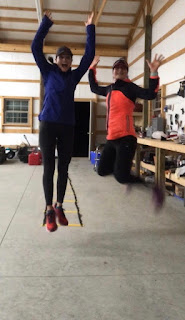 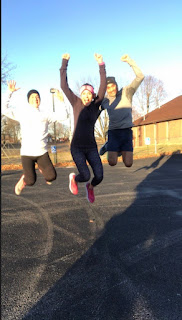 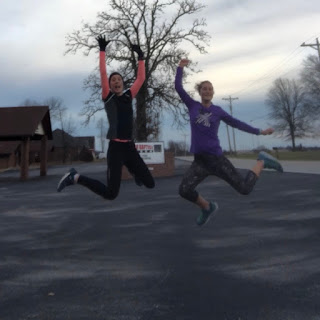 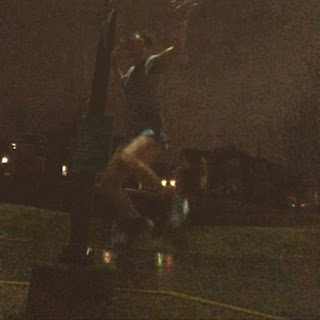 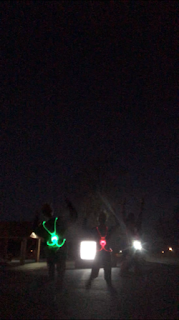 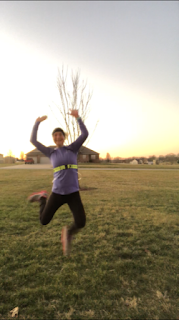 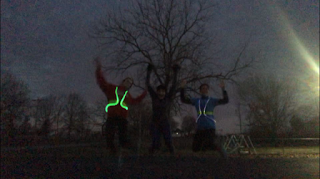 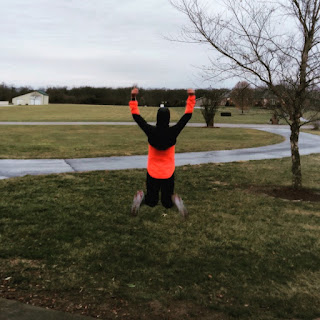 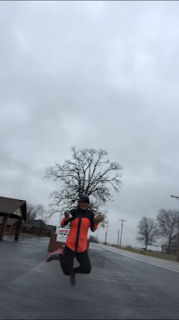 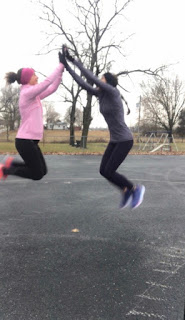 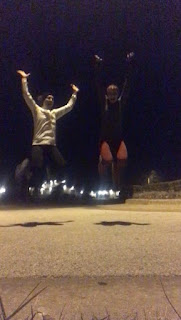 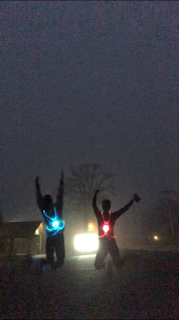 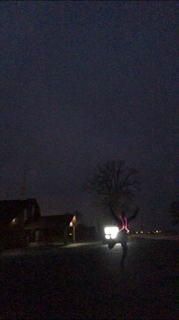 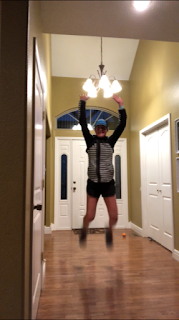 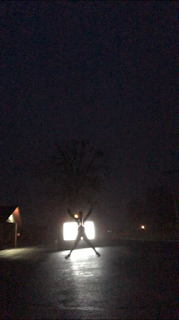 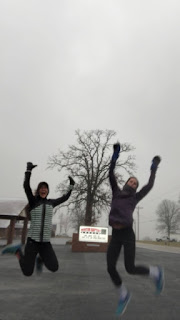 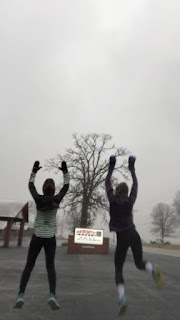 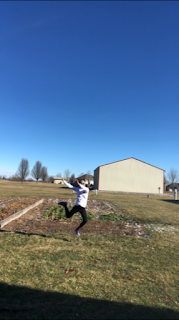 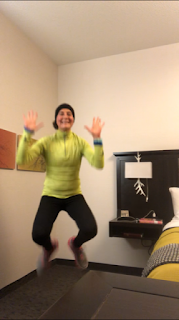 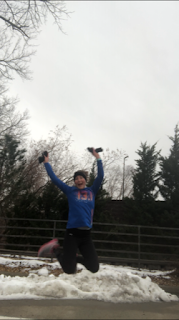 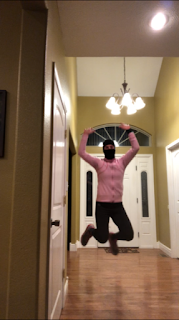 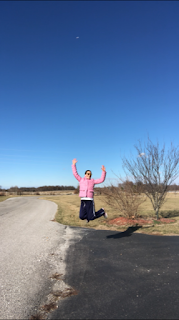 The final two are obviously not from this month, but are a couple of my favorite jumping photos! 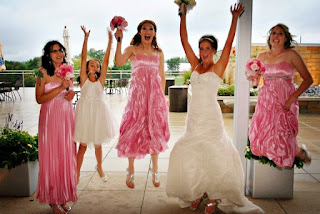 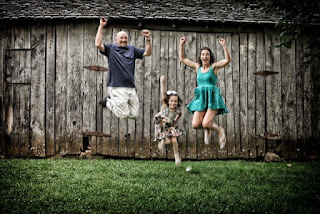 Ever since I started marathoning, I've typically either been marathon training or injured at any given point in time.  Therefore, it almost goes without saying that now that I'm not injured, I'm marathon training!
I considered several options for marathons in 2019.  Much like real estate is all about location, location, location, marathoning can come down to timing, timing, timing!  There are some really good marathons in January and February (Houston, Arizona Rock 'n' Roll, BMO Mesa-Phoenix), but I didn't have enough time to train for those.  Then there is Boston in April, and my coach thought I should try to get into the elite field, but thinking about investing so much money and logistical inconvenience into trying to run Boston made me nervous coming off an injury (plus U.S. women's marathoning is so on fire right now, I don't really think a 2:47 would have gotten me in).  There really aren't any other obvious choices for fast marathons with thick fields in the spring, so in the end I landed on going back to Grandma's on June 22!  This will give me plenty of time to get back into top shape.  I loved the event and a lot of women OTQ there; really my only hesitation is due to the risk of warm weather, but I think every spring marathon has the risk of crap weather.

But June is an awfully long way away, and although I believe I need the time to get into PR marathon form, I don't particularly want to wait that long to run a marathon, especially since I missed CIM 2018.  I just love running marathons!  The inaugural Chisholm Trail Marathon on March 24 was one that had been on my radar this past fall, but I thought I'd only do it if I got the 2:45 standard at CIM, because I don't think I can PR there -- I just don't see it being a very large event so I would expect to be time trialing it, much like I did for 20 miles of the Prairie Fire Marathon, plus Kansas weather in March is volatile to say the least.  But I am currently in a different situation of not chasing a PR this spring, so I decided to run Chisholm Trail for fun/no time goal, then build from there to Grandma's.  There are 13 weeks between races so it works out pretty nicely to take a week off then do a 12 week build that doesn't start from scratch.  My training will be targeted at Grandma's, but Chisholm Trail will be a fun little checkpoint.

I also want to go back to CIM on December 8, which fits nicely into this plan.

I'm pretty pumped to get back to marathoning!
Posted by Sara Ibbetson at 4:59 PM 2 comments:

I recently read my Top 5 Running Highlights of 2017 when searching for my yearly mileage history list.  I was correct when I noted in that post that 2017 would be hard to top!  My 2018 running wasn't quite what I wanted, but I have a lot to be thankful for.

With 3,047 miles, I ran my highest yearly mileage ever, surpassing my 2017 mileage by 4 miles (the 2017 mileage was a huge yearly mileage PR).  I had 8 weeks of mileage in the 80s, which before this year I had only done for 1 week, in 2017.  All other "normal" training weeks were in the 60s-70s; the weeks that were not that high were when I was tapering, recovering, injured, or returning from injury - the majority of those when I was healthy were in the 50s, but several were big fat zeros when I was injured.  I am pretty pumped that I managed a yearly mileage PR with 8 weeks of downtime, and I know I can improve it next year if I don't get injured.  I counted my AlterG treadmill miles in this total, which feels a little like cheating, but I did run the distance so I'm keeping them (my outside miles are around 160 less).

I ran a huge 10K PR.  Everything really came together for the Plaza 10K even though I did not rest for it or do any 10K-specific training.  Although I was extremely disappointed that my fall season was cut short, I am so thankful that I got this race in before I got injured.  I was thrilled to better my track best on a rolling road course, but more importantly it really showed me how well my body responded to consistent higher mileage training (higher mileage is all relative, I know 70-80 is nothing for some but it is the most I've ever done).  I'd been targeting running a 36:59 10K for over a year, but I really never thought I'd be able to run a 36:34 on the road.

I ran two solid marathons.  Although I did not accomplish my time goal in Houston, it was a great experience and I'm glad I went for it.  I am proud to say that my complete bonk/bad day marathon there was a 2:54.  Grandma's wasn't what I dreamed of when I selected the race, but based on how terrible I felt for most of the build up, I am proud that I pulled off a 2:49:08 and my second fastest marathon.  I sure hope I have more in me as far as marathon PRs go, but regardless I sure enjoy the training process and the races!

I set two Missouri single age state records, in the half marathon at Rock the Parkway and the 12K at the Big 12 12K.  Neither are great times, but they are currently the best a 37-year-old female in Missouri has managed.  I bombed nearly every run in the months leading up to those races, so even though I don't think I ran good times, I do think I ran really well compared to how I was performing in training.

I persisted.  In February, March, and April I had an illness and a slump (which was extra hard since I was coming off of several break-through performances in fall 2017), but I kept running every single day.  I raced beyond what my training said I should have in everything I raced for the first 6 months of the year.  I was injured in September, but I did everything I could to strengthen my weaknesses and to return to training.  I kept showing up!

I learned.  I learned how much consistent mileage helps my race times.  I learned to be more cautious about running when sick, and about running and racing on potential injuries.  I re-learned just how much I love the sport and how empty I feel without it.  I learned that my running friends mean the world to me.

I re-prioritized.  My biggest goal is to run for the rest of my life.  This is more important than any PR.  That doesn't mean my Big Goal has changed, just that it's decidedly second on the list, at best.

I was more thankful.  I still have a ways to go in this arena, but I did better.  I've always been pretty bad about wanting more and more, in running and in other aspects of my life.  Looking back, I haven't appreciated many milestones and PRs because I was already onto my next goal.  The first time I broke 3:00 in the marathon, I left the finish chute ecstatic but also thinking, "I can run faster."  I distinctly remember waiting for my flight at the Phoenix airport following my break-through 2:49 marathon emailing my coach saying I wanted to train for a 2:45, instead of relishing in the moment.  I wasn't nearly as happy about my 2:47 at CIM as I should have been, because it wasn't "enough" compared to a very specific cut-off time.  We rarely appreciate the moment enough when we are in it.  I regret that I didn't savor those moments, but this year I found more joy in my performance at Grandma's Marathon than in any of those marathons, even though it wasn't a PR.  I really let myself ride a high after my PR at the Plaza 10K.  I do want more, but if I never get more I will still find great joy in the process.  I am more thankful than ever now.

I helped others.  Whenever someone tells me that I helped them, I am reminded why I was given my passion for running.  I typically don't realize I'm doing it, but whether it's by answering running questions, giving training advice, encouraging others, inviting someone to join our group runs, listening to my friends when we run together, helping my local running club, or making individualized training schedules for friends free of charge, I have opportunities to give back often.  That has to be why God made me a runner.  I know I'll remember all of the people that running has brought into my life more than I'll remember any PR; however...

Bring on 2019 training blocks and goal races!  I have a long way to go to get back to my best fitness, but I'm ready to try!
Posted by Sara Ibbetson at 4:20 PM 2 comments:

Full story:  I looked at my year-to-date total on Dec. 2 and although I'd never cared much about yearly totals before then, I suddenly felt it would be a complete tragedy if I didn't make it over 3,000 this year.  So I did the math and suddenly had a goal of running at least 62.5 miles a week for the rest of the year, as long as my calf continued to feel 100%.  I ended up with weekly totals over that and began closing in on my 2017 total, but I didn't expect to beat it until with 4 days left in the year, I checked it and saw that 40 more miles would get me there.  40 miles in 4 days is completely reasonable, so I decided to go for it.