This is unlikely to be anywhere nearly as extensive as my CIM series, but here we go!

When we called Albani the evening after CIM, Jon said, "Mama ran her race this morning", and she asked "Did she make it to the Olympics?" (as shown by this question, she doesn't quite understand the whole Trials process).  Jon told her I was 2 minutes off of qualifying for the Trials.  A few days later she told me, out of the blue, "If I missed it by just 2 minutes, I'd be really mad at myself."  I wondered where she'd learned such an attitude, then laughed, because me a couple of years ago would have been really mad at myself.

2017 me isn't mad at myself at all.  I've learned to give myself grace and to not let comparison steal my joy.  I gave it all I had out there, and you certainly can't get 2 minutes, or any time at all, by being mad.  After Dallas I was terribly mad at myself for quite some time, and then I bullied my body into illness, over-training, and an injury.  Trying for really big goals means that you will probably miss along the way, but those misses are steps, not failures.  Perhaps this is one of the best realizations from CIM going forward.  Even if it takes me 10 tries to get a 2:45, or if I never get it at all, each training cycle and marathon is a step.

"The only failure in chasing your dreams is failing to see how far you've come along the way."
December 11, 2017
I am SO ANXIOUS to get back to training!  The balance with running two marathons close together is to get fully recovered from the first one yet maintain peak (or re-peak) for the second.  I trust that my coach will get me there, because he has before.  I had a break-through half marathon at White River 6 weeks after I peaked for Prairie Fire (with running a second marathon at Bass Pro in between).  I ran a huge 10K PR 5 weeks after I peaked for Phoenix.  The hard part is accepting that most of the work has already been done.  I am itching to run farther and faster, which I believe says good things about my CIM recovery, but this week is still somewhat recovery-focused and patience is key.  Over-training would kill Houston, so I am following my coach's conservative plan (this does not mean I have not asked him to add mileage, approximately 5 times already, haha!). 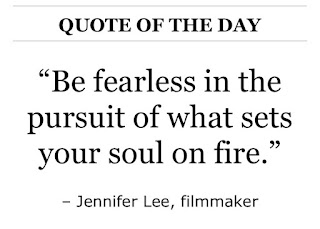 December 13, 2017
I got to do my first tiny workout post-CIM this morning (although I did have strides on Dec. 11, so had done a bit of faster running there).  It was just 2 miles progressive fast finish on the tail end of a 9 miler, but it was nice to run faster again and also to inch back towards a midweek long run!  I guess it was also the farthest I've run since CIM.  In the 6 weeks between marathons I'll basically do 2 recovery weeks, 2 training weeks, then 2 taper weeks.

December 14, 2017
I've hit my post-marathon slump.  Usually it hits sooner, so I thought I'd maybe even dodged it this time, but no such luck.  The week after CIM I was riding the high from the race and pumped to run Houston.  We were also vacationing for a few days before returning to work and real life on December 7.  Then I had 4 really long and super busy days at work playing catch up (taking time off at the beginning of the month at my job is a horrible idea, but CIM didn't ask how their date worked in my life schedule).  Yesterday I finally felt like I could breathe at work again.  I think all of that busy-ness delayed the inevitable post-marathon let-down, where I've lost the post-race high and don't yet have hard workouts to get an endorphin boost from.
This week I've been training, but lighter than I've gotten used to; I will end up around 58 miles total with most of it easy paced.  It's a time that is essential for me to have a coach, because on my own accord I would push too much too soon and screw it all up.  I looked at my Strava log today to see that I'll have 4 weeks mileage under 60 (2 weeks taper + 2 weeks recovery), and I don't like that one bit.  Especially because I then just have 2 weeks of real training before 2 weeks of taper for Houston!  I feel like I will be so out of shape, but I've looked back at what I did after other marathons and believe it or not I did not lose all of the fitness from months and months of training by tapering and recovering (shocker, I know -- it's one of those things that's easy to tell other people but hard to believe about yourself).


December 17, 2017
Today was my first time to run double digits since CIM and my first long run of this very abbreviated training cycle.  I was a little apprehensive about it because I knew that I wouldn't be completely recovered 2 weeks after a marathon, but I also felt that I needed to feel pretty decent to continue with my goal of pressing on towards Houston.  I got in 16 miles in 41* and light rain -- the saving grace was that there was no wind, but being wet at 41* isn't my favorite.  I am thankful that it went well enough that this post is still titled Houston Training Journal!
Posted by Sara Ibbetson at 6:06 PM