Jen came to my attention through a mutual friend; I believe Tawny's exact words were, "You've got to feature my friend Jen, she has an incredible story!"  That claim was certainly on point!  Jen came to running after severe injuries from a car accident left her wheelchair bound for over 5 months followed by 6 months in physical therapy learning to walk again.  Her first marathon was 5:30, but she kept coming back and ran a handful between 2:45-2:51.  When she told her dad she was going to pursue the OTQ, he asked if she'd qualified for Boston - who can relate to this?! Many times when I was asked about my marathon goals and replied that I was trying to qualify for the Trials people were quite unimpressed that I hadn't run Boston...

Jen is an amazing women and you'll want to read more about her! 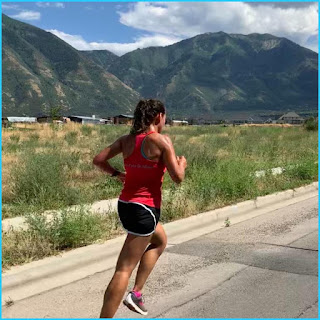 Hobbies/interests outside of running:
Our family loves to travel!
Love the outdoors-so anything active outdoors.
I love to read.

When did you start chasing the OTQ and what inspired you to try?
What inspired me to try… this could be a long answer, but I will make it shorter. I was in a car accident when I was 23. I broke my legs, shattering my right leg (I have a rod in my right leg now) and tore all the ligaments in my left knee. I was wheelchair bound for a little over 5 months and it took another 6 months to go through physical therapy…walking again. I was unable to do too many physical activities for some time after. My doctor told me that I may not ever be able to do what I was used to doing because of discomfort and problems that may come about. I have arthritis in my legs and knees because of the accident, but that has helped the pain and circulation with the blood flow. When I was told that I may not be able to do the things that I was used to and loved, I became determined to try harder and not let it hold me back. I never knew I would be good at marathons. It just happened to fall into place. My 1st marathon was 5:30. My husband and I hated it and we were so sore afterwards! Who would have thought I would have run another one.

Tell us about the races you attempted to OTQ at and the outcomes.
Houston Jan. 2019: 2:51; I was just getting back into training and wanted to see where I was at.

CIM Dec. 2019: 2:45:27;  I ran like I never felt before. My good miles felt great and the miles I struggled in felt harder. My emotions were everywhere in this race. There were many times that I self-doubted, wanted to drop out or slow down but there were times that I could not stop smiling because I knew I had it. I even got choked up at mile 22-23 because I felt so good and was right on pace… I just knew this was the day! I was about 5 seconds ahead of the pacers going into mile 24. Still feeling strong. Then almost to mile 25, I started to struggle. In a matter of minutes, my legs, arms, everything felt so heavy. I felt my body and mind slip from “The Zone”. The pacers passed me at about 25.2ish. I tried to hold on to the pacers but slowly they began to pull ahead further and further. That last mile felt like an entire marathon. I ran a 6:35 I believe but that was the longest 6:35. As I crossed the finish line, I just broke down and couldn’t stop crying. At that moment, I was not happy about my 3 min PR… I was so devastated and crushed. So much hard work to let it go that last mile. But it is what it is.

Houston Jan. 2020: 2:49: Well, after CIM I knew I had to go to Houston. I did not want to look back later in life wondering “What If” and have regrets for not giving it one more shot. I also knew that this race and training cycle would be so much harder than any other training cycle. I was mentally and physically tired but more so emotionally tired. My coach (John Stazza) helped me to recover, put in some great workouts, and taper again in that 5 weeks. I couldn't have done it on my own.  But my legs were not as fresh. That weekend in Houston I was able to get in the zone again. I had a great night sleep the night before (which is rare) and felt positive… until I opened the door to head to the start line the morning of the race. It was windy! I hate the wind!! I had to get back into that positive mindset quickly. The group of ladies around me were wonderful and so inspiring. We all helped and uplifted each other out there. I went into this race to leave it all out there. Unfortunately, the outcome was not what I was hoping for. I was too tired going into the last 10K and could not hold on to the pace I needed. But it sure was fun trying! 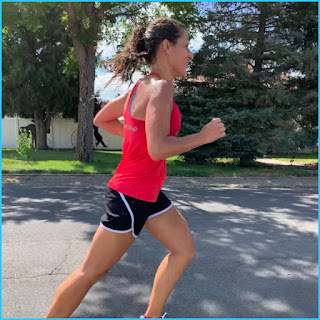 What did you gain from this journey?
Definitely not the OTQ! ;)

On a serious note, I have gained self-enlightenment by acknowledging my lack of confidence. I look back to the last few races and vividly remember lining up on the starting lines looking to both sides and thinking how cool it is that I get to run with these elite athletes? What the crap was my problem… I had not realized until now that I was one of them. I have become a person that I never thought I could become.

Many, many friendships! I have met so many great and inspiring runners of all ages and abilities. We all have our stories.

A drive to always do/be better in all aspects of life.

What are you most proud of about your OTQ pursuit?
Showing my kids (4 girls) that even through the good and bad, I never gave up. That I rolled out of bed every morning to pursue a dream. And who knows… maybe in a couple of years, I may try again (depending on the time of qualifying :)).

Do you have any regrets or things you wish you’d done differently in your OTQ pursuit?
My eating habits- eating healthier and not eating brownies and ice cream every night.

My mental game- working more on the sports psychology/mental strength...I wish I would have believed in myself the way everyone around me believed in me.

What message would you like to send to those following your running pursuits?
To never give up.

To have fun with it.
Choose a reasonable “long term” goal you want and then make short term goals along the way to get to that long-term goal.

Tell us something unique about yourself.
I am working on my Greek citizenship (my mom was adopted from Greece into the U.S. when she was 11). 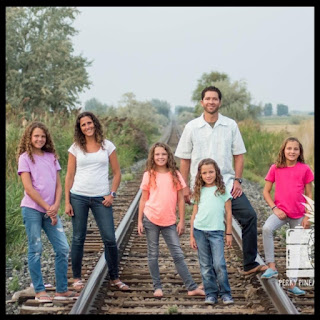 What’s next for you?
I am going to Greece in April to run a half marathon and then I will race the St. George marathon in October.

Actually, here is a cute story regarding my dad:

I called my dad to let him know that I decided I wanted to try to Olympic Qualify. (I just ran a marathon with lower miles and not the proper speed training and was able to pull off a 2:54.) He sat there on the other line for a minute then finally spoke up, “That's great, but have you qualified for Boston? I heard that’s a hard race to qualify for.” I replied back with a smile on my face and said, “Yes dad, I qualified for Boston.” He was so excited!

He has been that “proud” dad even at my age of 41 years. He was diagnosed with Parkinson's disease about a year ago.  I really wanted to achieve the OTQ goal for him!

Posted by Sara Ibbetson at 3:57 PM